Part 2 of the recently released Doctor Strange movie has caused a sensation everywhere, creating a box office fever, cinemas filled with seats. Season 2 is so hot because people have been waiting for it for so long since season 1 was released. So let’s read through the article below to know more about Dr. Stephen Vincent Strange(Called Doctor Strange 1)!

Information about the movie Doctor Strange (2016)

Dr. Stephen Vincent Strange played by an actor Benedict Cumberbatch aka Doctor Strange is a character in comic books and was adapted into a movie produced by Marvel. This is the 14th film in the Marvel Cinematic Universe (MCU). Doctor Strange is a powerful sorcerer who uses ultimate magic to protect the Earth from dangerous threats.

The film was released on October 28, 2016, in Vietnam and in the US on November 4, 2016. The film is directed by Scott Derrickson. Starring: Benedict Cumberbatch, Chiwetel Ejiofor, Rachel McAdams, Benedict Wong, Michael Stuhlbarg, Benjamin Bratt, Scott Adkins, Mads Mikkelsen and Tilda Swinton.

The story is not only about the challenging and thrilling journey but also mixed with the sweet and humorous details of the doctor. The representative is a sweet saying, fall in love many girl who enjoy the movie “I love you in every universe”.

Doctor Strange is proficient in both martial arts and magic. With his mastery of magic, he was given the outfit and the Cloak of Levitation that allowed him to fly with the eye of Agamotto and many other magical items. With such great power, Dr. Strange defeats Speed Ghost, the bounty hunter of hell.

Eternity once said that Dr. Strange was the strongest wizard in the universe, many times stronger than his teammates. And that is also the reason why he needs to know how to control his power to avoid causing great disaster to the Earth.

Manipulate the magical power of the universe: Magical lightning, stealth, passing through objects, banishing enemies to another dimension, flying, teleporting anywhere in the universe, manipulating objects, manipulate time (slow down, stop and travel through time), change the structure of matter… Dr. Strange can also use magic to quickly heal wounds.

Borrowing power from gods and demon lords: the Greek Gods (Poseidon and Hades), the trinity Vishanti (Hoggoth, Oshtur and Agamotto), the eight gods Octessence (Balthakk, Cyttorak – the god who gave Juggernaut strength, Farallah, Ikonn). , Krakkan, Raggadorr, Valtorr, and Watoomb) and some characters are still in debt to Dr. Strange as Devil Satan and Dormammu. There are also many other characters. There is interesting information, Dr. Strange’s wife is Clea, and Dormammu is Clea’s biological uncle, so Dormammu is Dr.’s wife. Strange.

Black Magic – Dark magic: Absorbs magic and power of the opponent for yourself to use. This magic is quite dangerous, if the will of Dr. Strange is not strong enough, he will be completely manipulated by that power, no longer self-aware and will become the very character that Dr. Strange took the power.

Benedict Cumberbatch as Stephen Strange: A doctor who injured his hand after a car accident.

Chiwetel Ejiofor as the sorcerer Karl Mordo: Doctor Strange’s advisor towards the end of the film, obsessed with natural law and later becomes an enemy of Dr.Strange.

Benedict Wong as Wong: Guardian of several valuable monuments in Kamar-Taj and companion to Dr.Strange.

Mads Mikkelsen as Kaecilius: A fallen magic master who, for unknown reasons, concealed the existence of the Dark Dimension.

Scott Adkins as Lucian: A student of Kaecilius.

Benjamin Bratt as Jonathan Pangborn: A paralytic learns from the Old Man how to heal with the mystical arts.

Michael Stuhlbarg as Nicodemus West: A doctor like Strange and his rival.

Above is the content of part 1 Doctor Strange: The Ultimate Wizard. To better understand and feel more about the plot of the movie and what happens next, please read the next part Doctor Strange in the multiverse of madness.

When it comes to the online game series, which is highly appreciated and favored by many in the gaming community, it is definitely worth mentioning the gta game series. With many attractive games and beautiful… 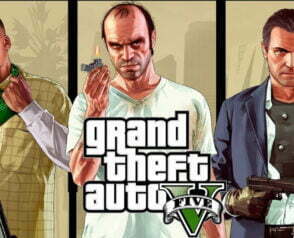 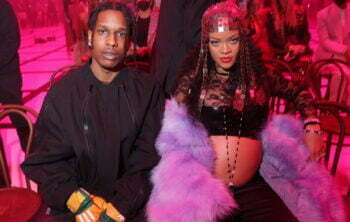 According to current sources of public opinion, billionaire Rihanna is currently pregnant with her first child with her … 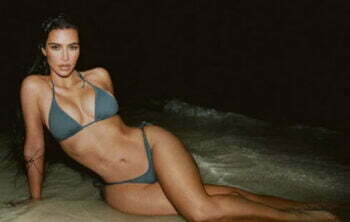 From an ordinary girl with nothing outstanding, Kim Kardashian did not use any tricks or tricks to become …