Dua Lipa is a name that is no longer strange to music enthusiasts, especially in the popular Dark Pop genre. She is currently one of the most sought-after singers in the UK, so let’s find out with zululion through the article below!

If you regularly follow singer Dua Lipa, you will know her love history. She is also a female singer with a bold style, always performing on stage or going down the street with revealing outfits showing off her body curves.

Dua Lipa was born in London on August 22, 1995, and later moved to Albania. The singer’s parents are from Kosovo. As a child, she attended Sylvia Young School for the Gifted, before moving to Kosovo with her family in 2008.

Her father is singer Dukagjin Lipa, so she inherited her musical talent from her father. At the age of 14, she started experimenting with music by posting her favorite covers of artists like P!nk and Nelly Furtado on youtube. Knowing her passion and desire to become a singer at the age of 15, she moved back to London. Not long after, thanks to the advantage of her own height and balance, she fell in love with the modeling profession.

In 2015, after working as a model, she began producing her debut album with Warner Music Group after signing a contract with them. In August of the same year, she released her first song “New Love”, which later became the promotional single for her debut studio album produced by Emile Haynie and Andrew Wyatt.

Then in October 2015, she released her official single “Be the One” written by Lucy “Pawws” Taylor. This is also a very successful single that brought a lot of fame to her name. “Be the One” was a success throughout Europe, reaching number one in Belgium, Poland and Slovakia, and the United States (Billboard Dance Club Songs), as well as charting within the top 10 in more than 11 European countries. u. The song also became the most played song at number 6 in Australia and 20 in New Zealand.

As she describes her musical style as dark pop.

She also had her first UK and Europe tour starting in January 2016 and ending in November of the same year in Europe.

On August 26, the 5th single “Blow Your Mind (Mwah)” was released. It became Lipa’s first song on the US Billboard Hot 100, debuting at number 72.

In December 2016, a documentary film about the female singer was produced by The Fader magazine called “See in Blue”.

Not long after that, she released her 7th single “New Rules” and the song became Lipa’s number 1 single in the UK. This is the first song in nearly two years by a female soloist in the UK to reach the pinnacle.

It includes a song she collaborated with the group Black Pink called “Kiss and Make Up”.

In 2020 Dua Lipa released the album Future Nostalgia along with the previously released single “Don’t Start Now”. The single reached the top two of the Billboard Hot 100 and the UK Official Singles Chart, and the following two singles “Physical” and “Break My Heart” both reached the top 10 of the UK Official Singles Chart. With this 2nd album, she broke 3 records on Spotify as the most listened to album globally.

This singer with a bold personality is still one of the cult names of the Pop music industry, especially dark pop, it is known that she will still be a name on the charts in the future.

KIRBY AND THE FORGOTTEN LAND: BEST GAME IN 2022

Are you bored and want to find yourself a game that can help you relieve stress after tired working hours? Come to Kirby and the Forgotten Land - a super lovely game that you should… 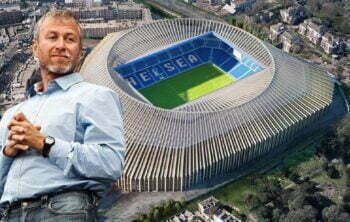 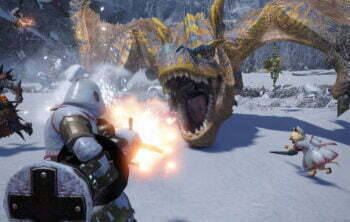